In this post, we’re going to discover how fluid mechanics is hard. So keep reading to know more details.

So as fluid mechanics requires being good in both math and physics.

In math, you have to be good In calculus and have some solid Basics in linear algebra. But the most interesting thing is to focus on calculus subjects like:

If you are good in this principal subject you won’t find issues in fluid dynamics. But for people who are struggling in these subjects, it is recommendable to go back and take calculus classes like calculus 1 and calculus 2.

So the sign that will be going to allow you to say that you are good enough to study fluid mechanics is your grades of physics and math in high school, especially in the 11 and 12-grade classes.

The principal subject you will study is fluid dynamics

In the first step of fluid mechanics, You will learn all the physics basics that you have studied or taken in classes like physics 1 and physics 2 which is including The first notions of physics like pressure, volume, and density….

If you have bad grades in physics 1 or even physics 2 classes that means you haven’t understood well the physics theses physics motion. As a result, will be a problem for you to start fluid mechanics.

Simply because fluid mechanics is hard is not an easy subject. So if you have some trouble is better to go back and retake or learn some Physics classes, especially the ones in high school 11 and 12 grades.

So as the beginning fluid mechanics subject you would be studying some fundamental following subject that’s been going to the list below.

The second subject that you will study is fluid mechanics which forces on submerged surfaces, this subject Focus on forces that an object exerts in a certain fluid environment. For instance, how much the weight exerts on a boat to ascertain the surface of the water.

This subject is not also easy it required one to be good at calculating surfaces and volumes. In addition, know the principal rules of functions like this principle equation below.

The most interesting thing that you have to be aware of about forces on submerged surfaces is to be good at algebra math. In other words, you will be needing to learn or use vectors to represent different forces and also make projections.

in this paragraph, you will be discovering it describes the relationship between the velocity, pressure, and elevation of a fluent. For instance

how the rounded shape of the wing and the slight tilt allows the air to move faster on top of the airplane the wing than below it. That being said, the wing pressure on top will be lower, allowing the plane to stay in the air or go to the highest altitudes.

you could watch this video below to know more about it.

Reynolds transport is one of the hardest theorems in fluid mechanics, it is hard to explain it in form of written words.

For this reason, we decided to give this animation video to keep you close to this subject.

In the fluid Statics subject, you will study in the field the characteristics of objects that did not move. For instance, the force that keeps a boat above the water and not sinking is a wonderful example of fluid Statics.

As a simple explanation boat floats on the surface of the water because there are two opposite forces that keep it in this state. Archimedes has explained this phenomenon, you could know more about this subject in this video.

In fluid kinematics, you will be studying all the Dynamics of moving objects that use fluid systems like pumps, pressure washers, etc. In this subject, you’ll be studying and focusing on torque, speed, power, and other physical subjects.

This subject is one of the hardest subjects in fluid mechanics. Because it requires The advanced calculus subject like multi variables such as Triple integrals and lagrangian. That is to say, you need to be good at the most difficult calculus class which is calculus 3.

you could read this related article: is calculus 3 hard

is it working about 6 you’ll be starting the following principal subjects:

If you are good at physics you’ll know the first and most important principle and thermodynamics which is energy conservation.

The conservation of energy says, that energy can be created from nothing, it’s submitting to different kinds of transformations.

for instance when you eat the food your body transforms the chemical energy in the food into a heat that finally warms or keeps your body at 37 Celsius temperature.  In addition, give you the energy to move your limbs without having any issue.

so your body has transformed the chemical or biological energy stored in the food into a different kind of energy which is in this case Heat and movement energy.

Linear momentum is a difficult subject to explain in just a few words so it’s better to watch this video below to know more in detail and explanation about this subject.

normally in linear momentum, you would be focusing on the following subjects:

fluid mechanics in the pipe

The last subject that you’ll be taking in fluid mechanics in the pipe, is studying how fluid components like air, water, and boil behave in different pipe or canalization sections. so principally you will be focusing in these 3 principal subjects:

There is a full free course of fluid mechanics that you can follow or watch on youtube it is enough to give more details about what you are looking to study in the future. 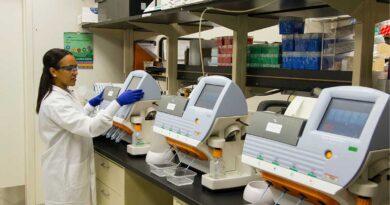