IIn this post, we’re going to discover the 9 principal reasons, making thermodynamics as the toughest physics subject in stem classes or majors.

1 – Thermodynamics is a voluminous subject

The first thing that makes thermodynamics the hardest subject for students to study is its volume. In other words, thermodynamics comprises many subjects with a lot of rules and equations that finally require a lot of memorization.

In other words thermodynamics, you will study a lot of subjects that will be going the principles subjects of them in this list below:

It is like studying biology where do you need to memorize a lot of times about Anatomy And other biology Voluminous deep subject.

2 – it got some hard subjects to absorb

Thermodynamics has one of the most complicated subjects in physics that many students struggle to understand.  We’re going to list an example of 3 hard thermodynamics subjects students study:

First and second laws of thermodynamics

First and second laws of thermodynamics trait the relation between heat and energy. In other words, they talked about how the energy is consumed by multiple different systems like cars, humans, etc, which is not easy to understand in your first trials.

The second one is entropy which is a science of chaos. It seems like this subject would not be easy to understand directly from its name.

How would someone think of creating a science that studies chaos?

Entropy is a subject that uses a lot of math and physics combinations to explain how particles move in a given environment.  For instance, how the hydrogen atoms will react at the 25  Celsius temperature in a given room.

finally, the Maxwell Boltzmann distribution explains the probability that a system will be in a certain state as a function of that state’s energy. For example, After heating the guys to a certain temperature, how much the speed of the gas particles will be, and in which state of energy they will be.

So Thermodynamics will make the Cog off your brain work at the maximum capacity. This is not to offend you. But just to understand what it takes to study thermodynamics.

3 – is a sequential module

In addition, thermodynamics exams are hard not only because of the math they involve but for their sequential modes.

To clarify if you made a mistake in the first question of an exam problem. As a result, the rest of the questions will be off.

It frequently happens in the case of solving the thermodynamics problem exams. So before responding to the question, you have to be very careful and verify everything before going to the next question.

4 – sometimes, it can be confusing

Thermodynamics has some similar subjects and rules that you can be easily confused between. For instance, many students struggle to differentiate or determine if a given thermodynamic system is adiabatic or isothermal.

In this case, if you decide and say that a system is an adiabatic while in the fact is isotherm. As a result, you would use the wrong rules, which means that all questions you will respond to are going to be wrong.

If you want to know more details between diabetics and isotherms systems, you can watch the video below.

But we just to explain to you the fine line between the right and the wrong new thermodynamics subjects.

Thermodynamics requires a good analysis capacity and the ability to solve problems. The bad thing about thermodynamics is that if you didn’t understand the subject or a problem, you wouldn’t be able to solve it even if you are good at math or prepared before.

So the best thing to do about this problem is to have a good experience by training to solve a lot of problems to finally be used and confront thermodynamics exams without confusion.

6 – thermodynamics has a lot of derivatives

One of the most exciting math subjects that you will need to be good at are derivatives.

In thermodynamics, there are a lot of derivatives that you will apply to solve problems for exercises. So if you have trouble with Derivatives, you should go back and restudy them before taking a thermodynamics class.

7 – thermodynamics has a lot of partial derivatives

As we said in the last or previous paragraph, derivatives are very important in thermodynamics, Especially in some cases when you need to use advanced derivatives techniques like partial derivatives.

For instance, this is commonly used in thermodynamics when you have a function like p(v,t) holding 3 variables like volume, pressure, and temperature. As a result, you use partial derivatives to determine the volume pressure or temperature of a system.

8 – thermodynamics has a lot of integrals

The second important math subject that you need to focus on, which makes thermodynamics one of the most complex physic class, is integrals.

Integrals are commonly used in thermodynamics operations, for instance, to determine the volume or surfaces of systems.  So if you are weak and integrals, we recommend restudy them again.

9 – it requires solving a lot of differential equations

The last calculus or hard math subject that thermodynamics use is differential equations.  Sometimes, you would be forced to solve complex thermodynamics problems using the information equation.

Differential equations are not easy. To be honest, they require solid basic math knowledge in calculus 2 and 3. For this reason, we find the most stem majors teaching and focusing on the theses all following calculus classes:

Regardless of all these problems, Thermodynamics Remains the most interesting subject for students who love to follow engineering Majors, especially mechanical aerospace engineering.

You could read this related article:  Mechatronics vs aerospace engineering, which is better?

To be successful in thermodynamics, you have to meet these 3 principal conditions:

If you have these three things, you won’t worry anymore about thermodynamics. 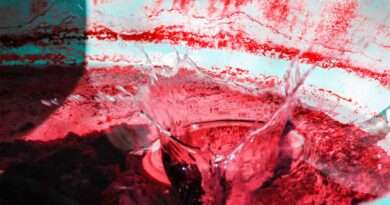